Some health food brands may 'do more harm than good' claim 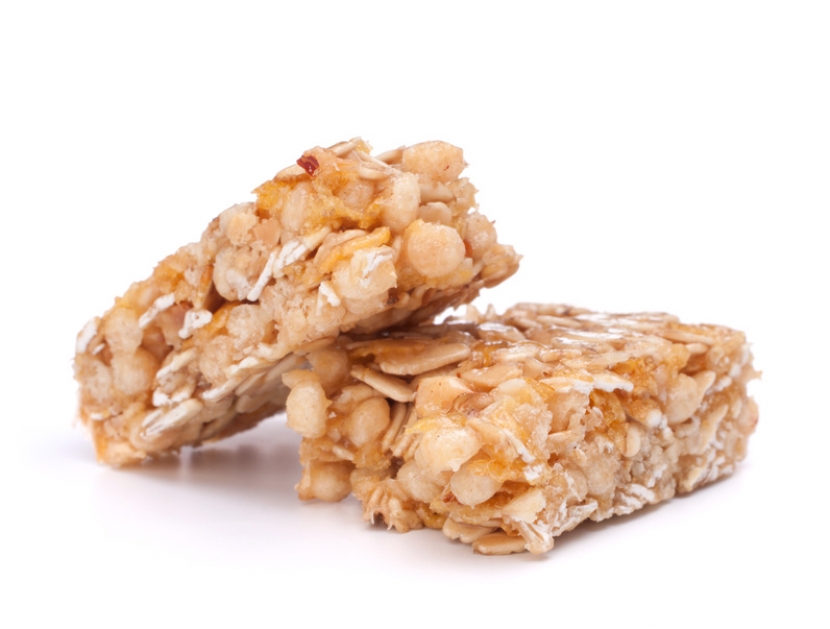 "'Healthy' snacks could do more harm than good," claims the Mail Online, as it reports on a series of experiments investigating the effects of fitness branding in food marketing on food consumption and physical activity.

Researchers came to the conclusion that fitness branding increases consumption for people concerned with body weight (restrained eaters) unless the food is viewed as forbidden. So, while they may have restrained from eating, say, 500 calories in the shape of crisps, they could then end up consuming a similar amount in muesli.

Restrained eaters were also found to be less active after eating fitness-branded food.

The authors conclude that branding food with "fitness" may have undesirable effects on the weight control behaviours of restrained eaters because it discourages physical activity despite an increase in consumption.

People often underestimate how many calories are in certain foods, while also overestimating how many calories they burn off during exercise – for example an hour of vigorous cycling will burn off around 800 calories, which is roughly equivalent to a takeaway burger and chips.

Where did the story come from?

The study was carried out by researchers from the Technical University of Munich in Germany and Pennsylvania State University in the US. It was supported by a fellowship within the postdoc programme of the German Academic Exchange Service (DAAD). The study was published in the peer-reviewed Journal of Marketing Research. This study has been reported accurately by the Mail, with a useful number of examples of the amount of energy expenditure needed to burn the calories in various food items.

What kind of research was this?

The researchers performed three single-blinded randomised controlled trials to investigate a series of research questions to do with the effect of fitness branding on restrained eaters' food consumption and post-consumption exercise. This type of study design is the gold standard for investigating such relationships, but is more robust when the researchers are also blinded to the intervention.

What did the research involve?

This US-based research reports on three studies in which participants were told that the purpose was to investigate consumers' opinion about a new food product that was going to be introduced into the market. After tasting and rating the products a survey was performed that covered confounding variables, sociodemographics, and dietary restrained eating behaviour. Participants then completed a test to measure whether they had guessed the true purpose of the study in an attempt to reduce bias of results. Participants were university students with a mean age of 19.2 (study 1), 22 (study 2) and 23.5 years (study 3). Mean body mass index (BMI) levels were within the healthy range (19 to 25).

What were the basic results?

The study found that the effect of gender was significant when considering whether food branded with fitness increases consumption. Males consumed more trail mix than females. Results for food consumption indicate that a 'Fitness' label on food makes restrained eaters consume more, relative to when the food is not associated with fitness. When trail mix was framed as 'dietary prohibited', males ate more than females. Restrained eaters were found to eat more fitness-branded food when the food is framed as dietary permitted, but this effect disappears when the food is framed as dietary forbidden. The study showed that both a fitness label and a diet label increased food consumption for restrained eaters, however this did not have a positive effect on physical exertion. Restrained eaters expended less energy in physical activity after consuming fitness-branded food.

How did the researchers interpret the results?

The researchers conclude: "Restrained eaters want to manage their weight, but their weight control behaviours are not always successful. Fitness branding in food marketing can exacerbate this problem because fitness cues make eating dietary permitted food compatible with weight control, and increased consumption of fitness-branded food may even serve as a substitute for actual physical activity."

This research was a series of randomised controlled trials to investigate the effect of fitness branding on restrained eaters’ food consumption and post-consumption exercise. It demonstrated that fitness branding increases consumption for people concerned with body weight, unless the food is viewed as forbidden. Restrained eaters were also found to be less active after eating fitness-branded food. Limitations of this study are that only a single type of product was assessed and only used food packaging for branding. The study was also performed in a small number of participants representing one age group (young adults) and location, reducing the generalisability of these findings. The participants were on average within the healthy BMI range and so findings may have been different for people who are outside of the healthy range. The researchers were not blinded to which condition the participants were allocated to, which could also have influenced the results. A larger-scale study with a more varied population, especially in those with an 'unhealthy' BMI, would be useful in drawing firmer conclusions on the use of such products in those concerned with body weight. These findings are interesting as they highlight the importance of being aware of 'fitness'- and 'diet'-related products and tries to explain why the idea of 'reward' post exercise can have negative effects on weight loss. It can be tempting to indulge yourself if you have spent an hour of exercise or have spent your working day eating "healthy" low-calorie snacks, but such behaviour can be self-defeating. The bad news is losing weight on a sustainable long-term basis does take discipline.