Could junk food be bad for your memory? 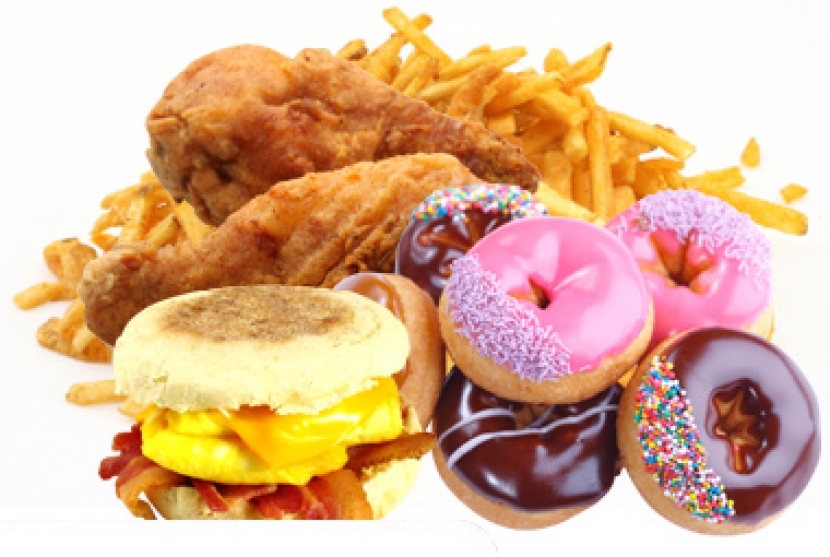 Eaten lots of junk food recently? Feeling forgetful? Believe it or not, scientists have found that the two could be linked.

​Eating processed foods high in dietary trans fatty acids (dTFA), has been found to worsen memory function in men - with guys in their early twenties being the worst affected. Trans fats have previously been shown to increase the risk of developing heart disease. Dietary trans fatty acids (dTFA) are used in processed foods to improve the taste, texture and durability. They're typically found in cakes, pies, biscuits and frozen pizzas & researchers from San Diego School of Medicine at the University of California evaluated dietary data for more than 1,000 men and women, and then conducted a memory test with them involving word recall.

Men aged 45 and below were able to recall 86 words on average, however those whose dietary data revealed they consumed more processed foods were less likely to perform well. In fact, for each additional gram of trans fats consumed daily, performance dropped by 0.76 words.

Young men appeared to be the worst affected, as those who consumed junk food regularly could recall 12 fewer words than men of a similar age group who consumed no trans fats.

Lead author and professor of medicine at UC San Diego School of Medicine, Beatrice Golomb, said in a statement: "Trans fats were most strongly linked to worse memory in men during their high productivity years. Trans fat consumption has previously shown adverse associations to behaviour and mood - other pillars of brain function. However, to our knowledge a relation to memory or cognition had not been shown."

Researchers say that the study was focused predominantly on young men because there was a smaller number of women in this group.

Surprisingly, a link between consumption of trans fats and word memory was not observed in older adults, which Golomb revealed is probably because it was masked by the effects of age on memory. Past studies found trans fatty acids to be bad for heart health and general health. In fact, in the US they are no longer recognised as safe. Research presented by the Centers for Disease Control also suggested that reducing dTFA consumption could prevent 10,000 to 20,000 heart attacks and 3,000 to 7,000 coronary heart disease deaths per year in the U.S.

The study was published in journal, PLOS ONE on 17 June.