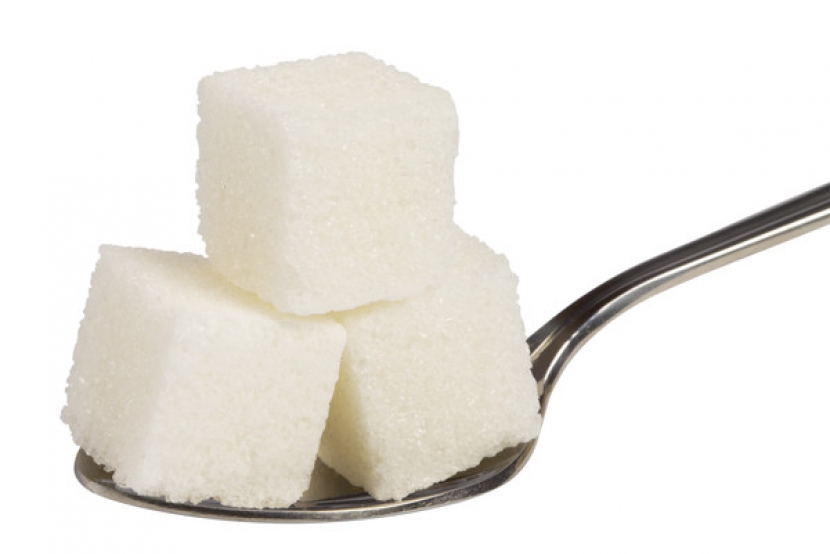 
Their long-awaited report says the nation is "eating too much sugar" leading to health problems and obesity.
The report also called for less marketing aimed at children in-store, on TV and online.

A spokesman for David Cameron said the prime minister did not want to see the introduction of a sugar tax.
People get between 12 and 15% of their energy from sugar, but official recommendations say it should be less than 5%.
The report says achieving those levels could save the NHS £500m a year, but admitted no single measure would be effective.
It suggests:
A sugar tax between 10% and 20%
Significantly reducing advertising high sugar food and drink to children
Targeting supermarkets and take-away special offers
Sugar reduction in everyday food and drink
Ensure the sale of healthier foods in hospitals and other public bodies

The report attacked price promotions that distort people's shopping baskets - 40% of money spent on food and drink was on products on offer.
Public Health England called for a "rebalancing" of promotions with a shift away from cakes and biscuits towards healthier foods.
And it concluded 6% of total sugar consumption could be prevented if promotions on higher sugar products were banned.


On the sugar tax, it said a 10% tax in Mexico resulted led to a 6% reduction in sales of sugary drinks and says a similar policy in England would cut consumption "at least in the short term".

Speaking to MPs on Tuesday, Dr Alison Tedstone from Public Health England said: "PHE does see there is a role for a fiscal approach in reducing sugary drink consumption. "The higher the tax increase the greater the effect," she said.

There were also calls from the TV chef Jamie Oliver for ministers to introduce a tax on fizzy drinks saying it was the "single most important" change that could be made.

To tax or not to tax?
However, the report said the impact of extra taxes would be less than measures aimed at marketing and promotions.
It said the use of "characters" such as the Coco Pops monkey and adverts masquerading as online games were hugely influential.
And it added that end of aisle displays "significantly increase" the sale of sugary products.
The prime minister's spokesman has confirmed that David Cameron has not read the report and that "he doesn't see a need for a tax on sugar".
The government's plans for tackling childhood obesity will be released in January.
They had been due to be revealed in the Autumn and the sugar report was commissioned to inform the plans.
However, there was criticism from MPs that the sugar report was not being released as planned.

The Sugar Problem
There has been growing concern about the damaging impact of sugar on health - from the state of people's teeth to type-2 diabetes and obesity
Sugar has been dubbed "empty calories" because it has no nutritional benefit
Government advisers recommend no more than 5% of daily calories should come from sugar
That is about 1oz (25g; six or seven teaspoons) for an adult of normal weight every day. For children, it is slightly less.
The limits apply to all sugars added to food, as well as sugar naturally present in syrups and honey
To put this in context, a typical can of fizzy drink contains about nine teaspoons of sugar

The doctor's union, the British Medical Association, called on the government to adopt the recommendations in the report.
But the Food and Drink Federation's director general, Ian Wright, said: "We do not agree that the international evidence supports the introduction of a sugar tax and for this reason would oppose such a move."
However, he said the industry was "determined" to help tackle childhood obesity and had already "removed millions of calories from the food chain" by changing ingredients and pack sizes.
Dr Julian Hamilton-Shield, from the University of Bristol, said: "No one can really doubt the harm sugar-containing drinks do to children - they rot their teeth and likely make them obese and at risk of later type 2 diabetes.
"If a tax is needed to reduce sugar consumption, I am right behind it, no-one complains about tobacco taxation, sugar should be treated the same way."