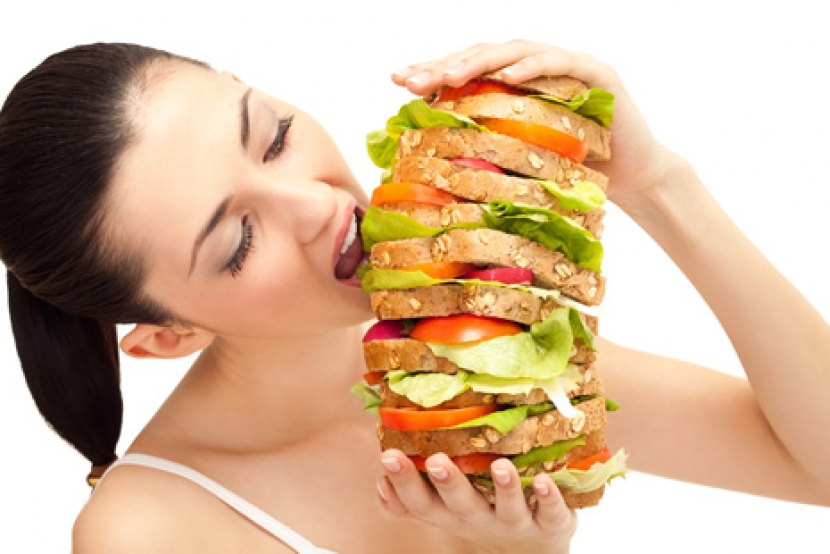 Reducing the portion sizes offered in supermarkets, restaurants and at home would help reverse the obesity epidemic, say researchers.

They say their review of 61 studies provides the "most conclusive evidence to date" that portion size affects how much we unwittingly eat.

Experts said people were "reluctant" to leave a plate with food on it.

Their data, published in the Cochrane Database of Systematic Reviews, shows that when people are offered more food they will eat it.

And the team warns that in recent decades portion sizes have been increasing.

How portion sizes have changed

About two in three adults in the UK are either overweight or obese, which increases the risk of heart problems, type 2 diabetes and cancer.

The findings, which are based on 6,711 people taking part in a wide range of clinical trials, suggest that eliminating "large portions" could cut up to 279 calories a day out of people's diets.

Dr Ian Shemilt, from Cambridge's Behaviour and Health Research Unit, told the BBC News website: "This is the most conclusive evidence to date that people consistently consume more food and drink when given larger portions, packaging or tableware.

"Consumers do have a role to play - for example, all of us can reduce the size of plates or glasses we use and put pressure on the pubs and restaurants we visit by asking for a smaller portion."

The team also says government measures to force smaller packs to offer better value for money and upper limits on the size of energy-dense foods would help people lose weight.

"It's important to keep an eye on portion sizes when cooking, shopping and eating out to avoid overeating and help maintain a healthy weight."

Prof Brian Ratcliffe, emeritus professor of nutrition at Robert Gordon University in Aberdeen, said: "People seem to be reluctant to leave or waste food and so consume what they are served or find larger portions more attractive.

"A limited number of restaurants and food outlets already offer more than one portion size with appropriate pricing differentials and this seems to be a way forward to help people to avoid overconsumption."